While the ignition of a match can be done in many different ways, I learned yesterday from this youtube video how to build an electric match. Wikipedia article on electric match describes more detailed how this works. Basically a single copper strand is used as bridegwire and coated end of match as pyrogen.

If this loads slowly for you, the reason is that this animated .gif is of size 20MB.
You can though open the associated youtube video.
Its description details on how to single step fore/back between the 1503μs apart consecutive video frames:
https://www.youtube.com/watch?v=ORN0pLc ... e=youtu.be

This is the setup I used. I learned that using two clamps allowed me to move the electric match head far away enough to not be a danger to other parts. The Pi 2B controls via motor driver when and how long the 25C 900mAh 11.1V 3S lipo (mounted on caterpillar robot) gets connected to electric match: 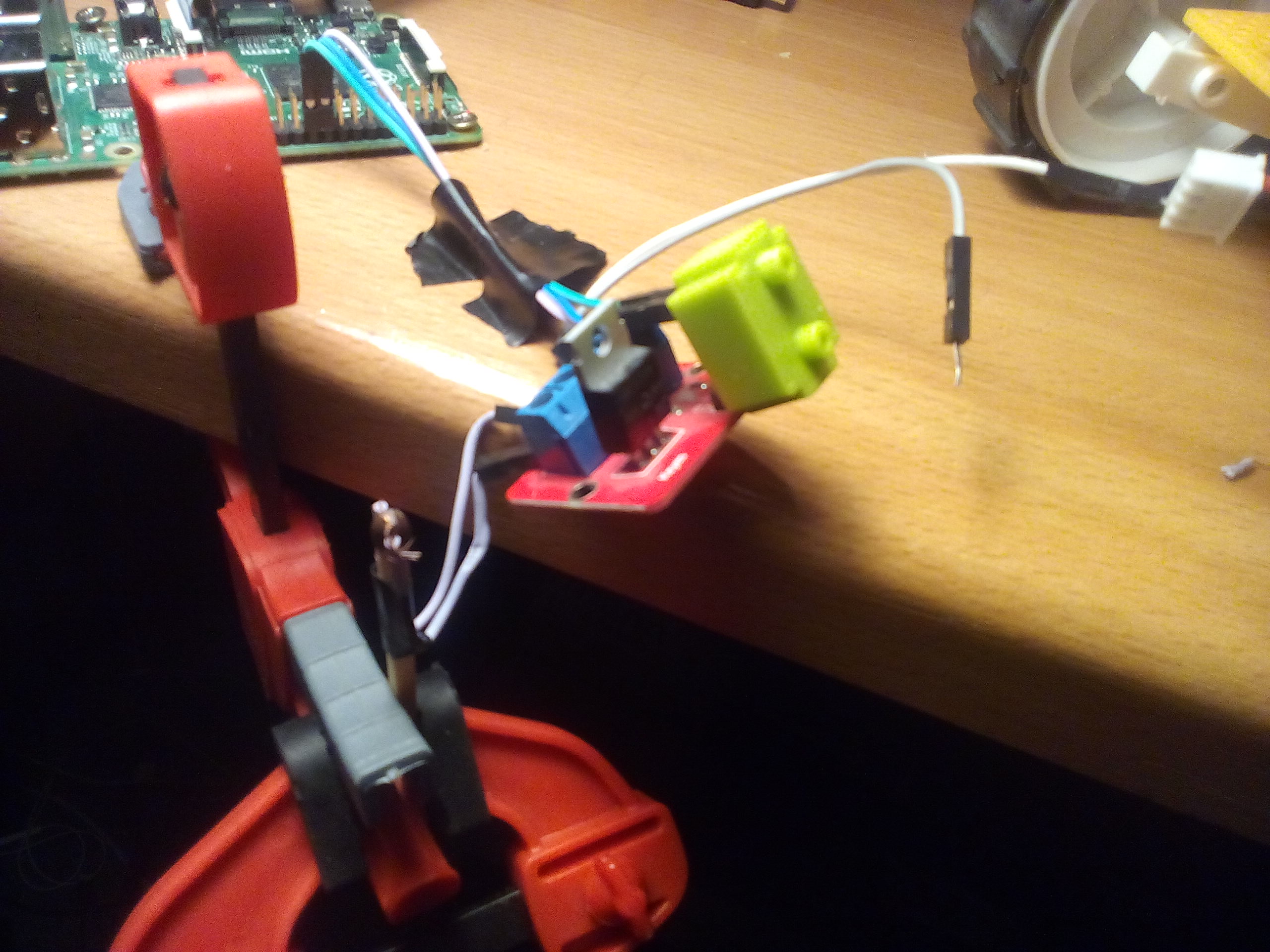 Before talking in detail how the video was done, here some selected single frames showing the different phases of ignition (one of the main values of high framerate videos -- most times some frame contains the details needed, consecutive frames in the video are only 1503μs apart). I lighted the scene bright with a 1000lm bulb, that is the reason why the datails in frame are visible well.

First only a little smoke:

Then a first small flame:

Now big flame becomes so bright that the remainder of frame, although lighted bright, becomes dark:

The motor driver was connected to 3V3, GND and GPIO24 pins of Pi 2B.
I used gpio command to control GPIO24 from "doit" bash script.
First the script sets GPIO24 to output mode, and LOW state.
Next the 3s video capturing via 640x128_s tool is started in background.
After a sleep of 0.3s GPIO24 is set to HIGH for 0.6s.
I started with 0.1s and 0.2s before and nothing happend.
With 0.4s I saw a little smoke, but match did not get ignited.
Setting 0.6s did ignite the match as seen in the video.

I created the (uploaded to youtube pyro.ogg video) and pyro.anim.gif with this command.
Output file prefix "pyro", 665 frames between 900 and 1564, target framerate 25fps, and doubling ("d") each of the captured 64 every other lines to get back frame matching fov:


The 2nd part of analysis shows that exactly one frame skip (at frame 1146) happened in the 665 frames selected:


P.S:
I have never seen a multi frame skip before, but in above recording we have one: