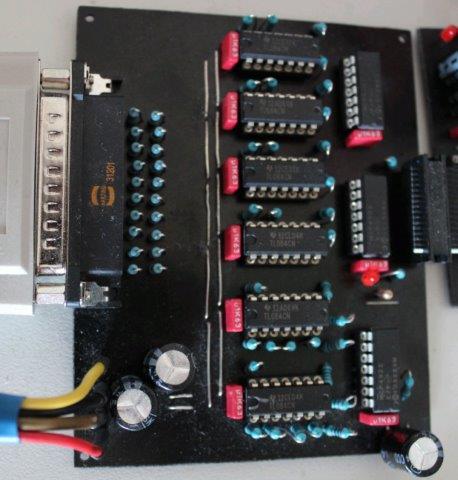 This OpenILDA DAC board uses the SPI interface for controlling 3 DAC's. The MCP49x2 device is a dual channel DAC.
As the RPi just have 2 SPI chip enable lines, the DAC /CS lines are created by using a HC139 See http://www.raspberrypi.org/phpBB3/viewt ... 92#p333992

Of course, I could have used a 12-bit 8-channel DAC (for example TLV5610IDW). This would create less components. However, such a DAC is relatively expensive (24 Euro) and it would have a SO-20 package.

I will post the OpenILDA sd-card player with OSC support (written for bare-metal) soon. 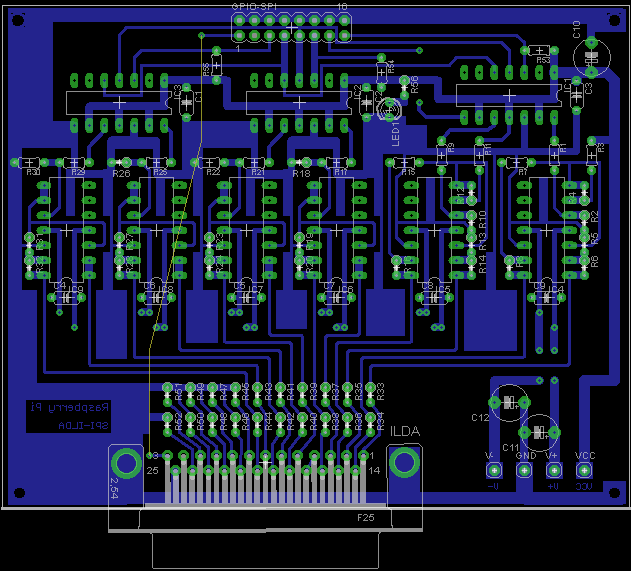 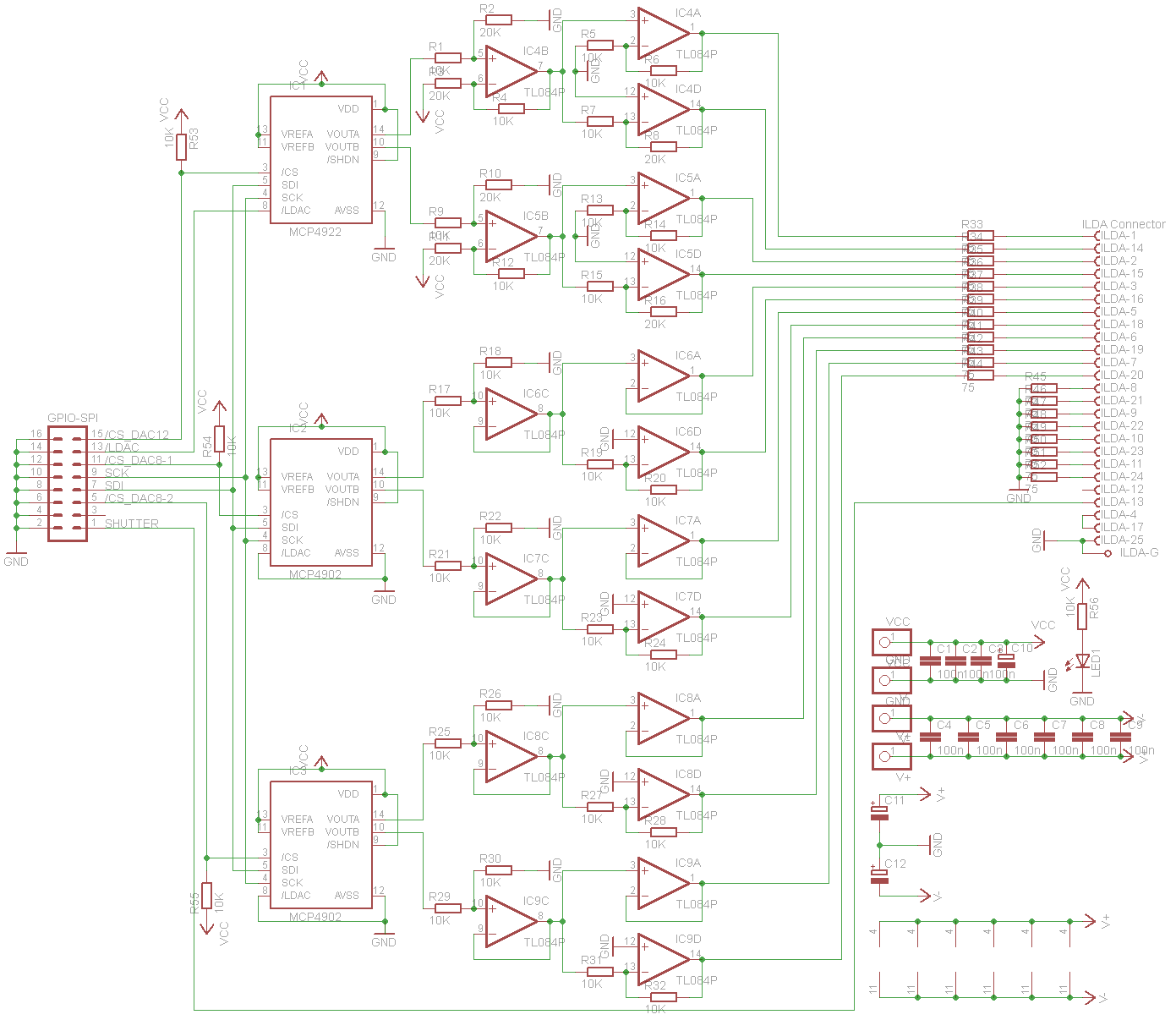 The Eagle files (both .sch and .brd files) are available here : https://github.com/vanvught/OpenILDA/tree/master/Eagle

I would love to learn more about RPI and laser controls. for RPI
I am new to the world of RPI. and like your openilda.to start with.
To start from the beginning i need also the schedules that shows in the post.
Only the link to the eagle files no longer exists.
How can I get these files?

Hey, I came across this post some time ago and was really interested.
Any hints on howto get started assuming I have the same/a similar board?

The files are back on GitHub.

First make sure you are able to work with your DAC´s on Linux and
bare-metal.

I did the following steps:

Hi I am new here and I loook into schematic and thinking of using octal DACs (8 cahnnel DAC in one package) like AD5628 or MAX5590 so you just need only one cable select line...
I think first one AD5628 have 32bit shift register and second MAX5590 have 16bit shift register so maybe MAX is more convenient than AD and also cheaper...

Congrats on getting ILDA playback working on the Pi.

What is the basic process for compiling though, as I've been having huge trouble getting it to work...

I've tried converting the pre-compiled "main.elf" to binary, then renaming to kernel.img and running on the Pi - it seems to be spitting out some data from the UART pins, but only the "rainbow" image is shown on screen.

Does the framebuffer text support work, as I noticed it is commented out in a few places?

I don't have huge in-depth knowledge of Linux, but I have Ubuntu set up on VMware for compiling this sort of thing, and I can generally read and modify most standard C code etc.

I managed to get the OpenILDA folder partly compiling (from an Ubuntu terminal), but I can't seem to figure out how to compile the libraries such as bob, emmc etc.? I've also downloaded FAT library version "ff9b" and installed Eclipse Luna, but can't see how to import the libraries, and which folders to include?

Also, do you have a quick usage guide for your code, and do you normally just use a serial dongle to talk to the Pi?
How do you select ILD files, and is OSC support and Ethernet working on this yet?

I really want to get this working for my projector. It's also based on a slightly modified version of the OLSD design, but with three MCP4922 dual-DAC chips, and an Arduino Duemilanove / Uno. This works quite well, but needs to be tethered to a PC via USB, and I'd like to make the projector stand-alone.

Ideally, I'd also love to be able to play the MP3 soundtrack along with the ILDA file, if possible?

I did buy an Olimex MP3 player board a few years ago, but never got around to testing it.
The Rasp Pi is so cheap now that it makes complete sense to use it for this sort of thing.

Here's an old vid of my lowly projector...

(hope this is allowed on here?)

that looks really great! I'm thinking about building your board and have some questions and remarks (please keep in mind that i did not start building yet and those points are of theoretical nature):
thanks a lot for sharing your efforts to build a openilda dac board! i don't want to offend you with my questions, i just want to understand your design.

edit: i just realized that i made some wrong assumptions with the signals, will have to rethink that stuff,.. tried to edit the post

edit2: next (possible crazy) idea: for RGBI one could set Vref to 2.5V so one would only need one inverting opamp. or do you want to have a opamp as buffer for each output line?
Locked
8 posts • Page 1 of 1

Return to “HATs and other add-ons”