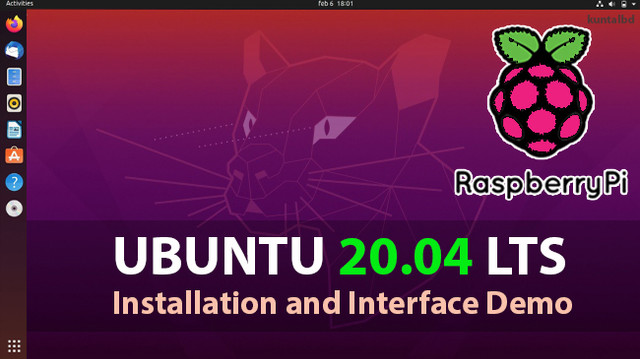 Excited about Ubuntu 20.04 Focal Fossa? Let’s see what new changes this LTS release will have.

Since it’s an LTS release, stability is of the upmost importance. Canonical team won’t try any radical changes here. Ubuntu 18.04 LTS users would surely notice the visual changes and performance improvements but I don’t think you’ll see many changes between 19.10 and 20.04.

Ubuntu 20.04 will also have the dark and light variant of the Yaru theme. However, it will have slightly different look with emphasis on aubergine as second accent color (instead of blue and green).

In fact, you don’t need to install GNOME Tweaks to switch between the default theme variants. This option is embed into the Settings application.


2. GNOME 3.36 and all the visual and performance improvements that come with it
Ubuntu 20.04 will have the latest GNOME 3.36 release. This means that all the new features in 3.36 will also be available for Ubuntu 20.04.

New Login Screen in Ubuntu 20.04 Gnome
New login in Ubuntu 20.04
Though it looks good, I don’t like this new lock screen because the password field is not centrally aligned. The one more good thing is that now you don’t need to scroll down to go to the lock screen anymore. A single click and you’ll be on the login screen.
Getting distracted by desktop notifications? You can utilize the ‘do not disturb’ option to disable the desktop notifications.


3. No Amazon app anymore
For past eight years or so, Ubuntu included an Amazon app installed by default. This so-called Amazon app did nothing but open Amazon website of your country (if there is one) in a web browser with Ubuntu’s affiliate link.


4. Linux Kernel 5.4
Ubuntu 20.04 will feature the latest LTS kernel 5.4. This means that you’ll get native ExFAT support and all the other performance improvements and new hardware supports that come with it.

5. Improved ZFS support
Ubuntu became the first mainstream Linux distribution to introduce ZFS as root with Ubuntu 19.10 release.
While Linus Torvalds may not like ZFS, it is still a popular file system. Ubuntu 20.04 will see improved support for ZFS.

7. No more Python 2
Python 2 was first release in 2000. After twenty years, Python 2 has finally reached end of life.
Ubuntu 20.04 won’t support Python 2 anymore and you’ll have to content yourself with Python 3.

Everything went on smoothly and 'remmina' is, just like in Manjaro but not in Gentoo for me, working ... 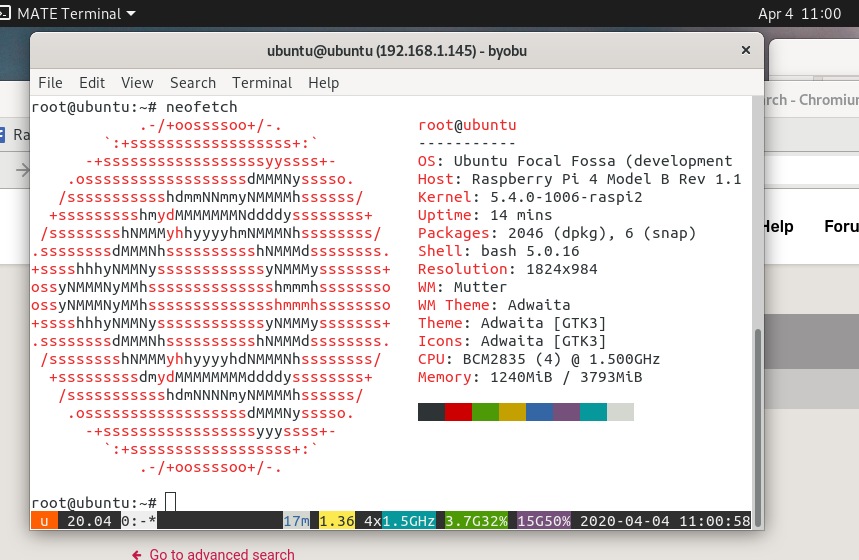 Do I sense an embedded Gentoo bug report? ^-^

OT for this thread - apologies - but I've just built (for Gentoo) net-misc/remmina with appropriate USE flags + deps and pushed the packages to the binhost (and masks etc. to the overlay). Seems to run OK.

To install (assuming you have my gentoo-on-rpi-64bit image), simply do:

Please ensure you have closed out any prior-installation instances (use "pkill remmina" to be sure) before testing.

This should install v1.3.10 (v1.4.1 still has a few UI issues) from binary packages, if all is well. Any issues, please report on this thread (in the Gentoo subforum) - thanks!

Do I sense an embedded Gentoo bug report? ^-^

...
This should install v1.3.10 (v1.4.1 still has a few UI issues) from binary packages, if all is well. Any issues, please report on this thread (in the Gentoo subforum) - thanks!

Extremely grateful for the solution... remmina is working and the screen resolution is also better than the less than full HD I have now in Ubuntu 20.04 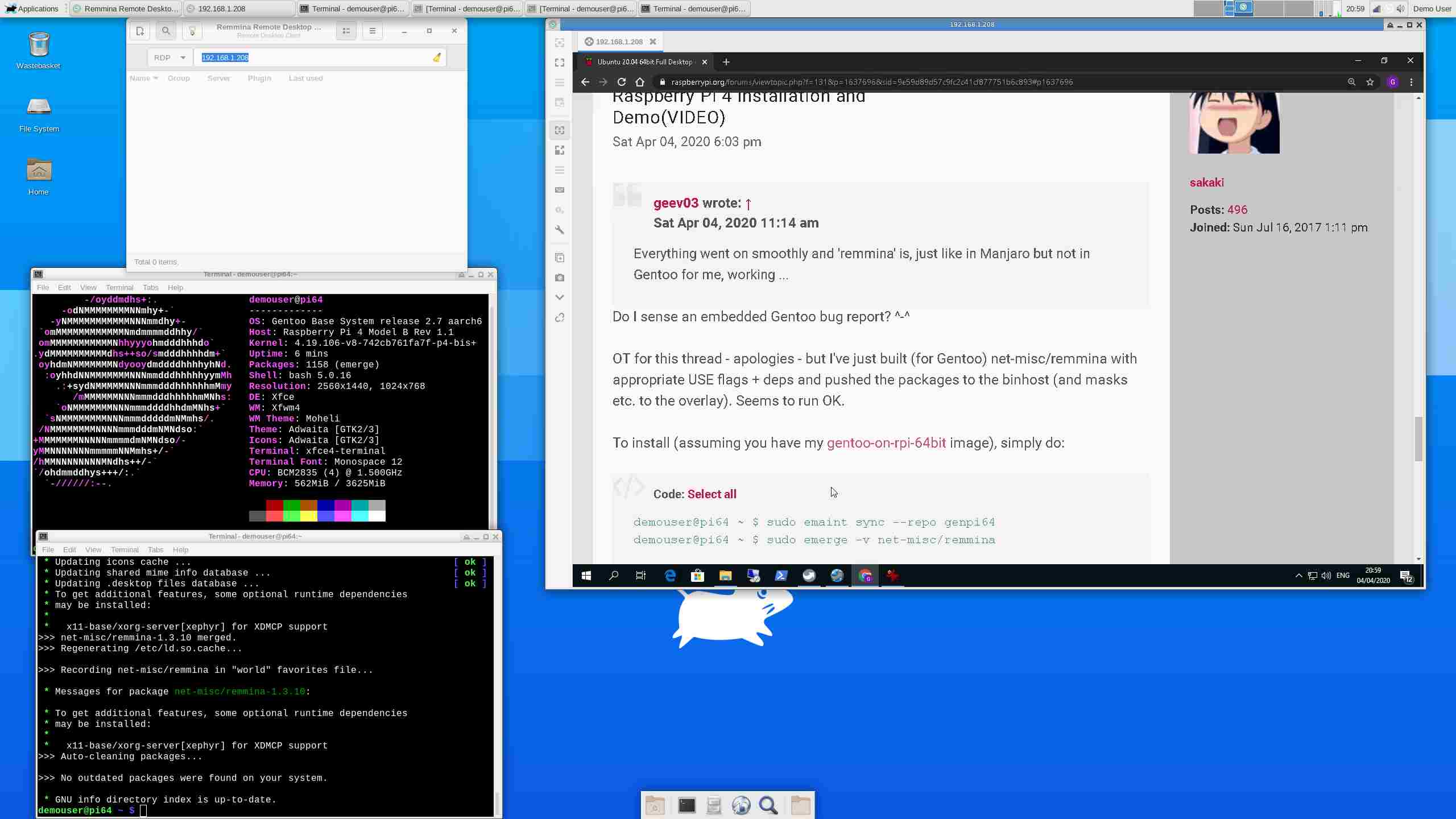 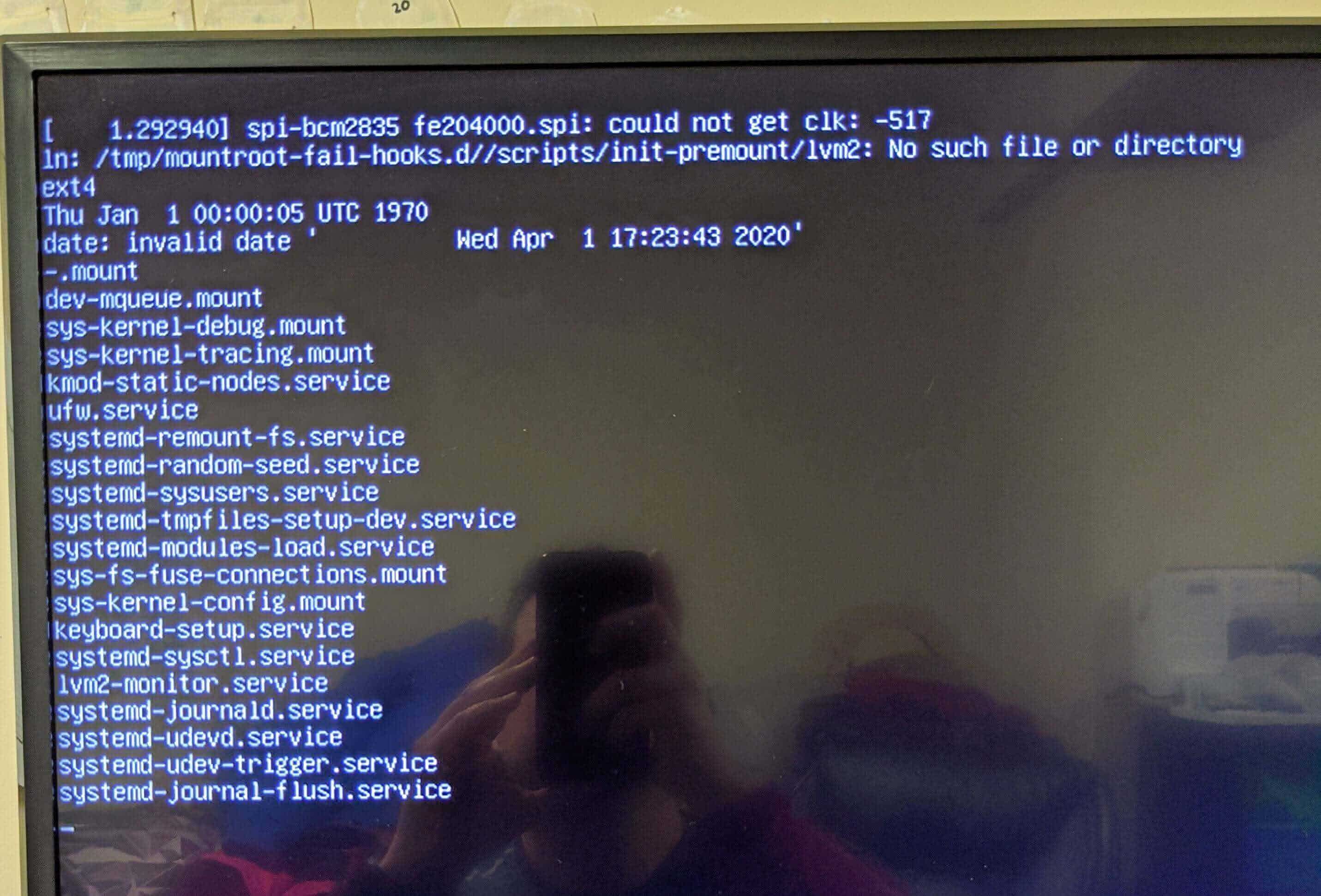 Hi, im new to raspberry pi and having couple problems.
I have the 4gb version

Thanks for your help

Have you tried latest stable image?

is it possible to find rpi-eeprom packages for ubuntu 20.04 in order to have bootloader updates also on ubuntu server / desktop?

or is there any other way to keep the pi4 bootloader updated on ubuntu stable for pi4?

Can anyone Clone a clean setup with all the stuff included and make it a bootable ISO?
I always tend to make a srong step and have to try againn and again. Rasbian on its own,with all its problems its a no go for me.
Tried instaaling MATE then lost my WIFi etc.
KALI doesnt boot...

In general I have found that I can get higher overclocking frequencies with 32-bit systems (at best 2050MHz) than 64-bit systems (1900MHz).

The "could not get clk: -517" error message can be prevented by adding:

I managed to get 20.04 working on my raspberry pi 4b 4GB. But the camera does not work, anyone got the camera working, it is not the usb camera. If I try to use is in opencv it produces an error. Do I need to install any other packages to make other devices, gpio, usb devices work with my pi?

Is the screen resolution and 3.5mm jack sound working fine for you?

Is there any way to improve the CPU frequency scaling on Ubuntu so it works more like Raspbian?

Sorry, I had to type by hand, rather than copy and paste.

llvmpipe is the new driver, there moving towards software acceleration only so it won't matter what kind of gpu there is, it will all run the same.
it's work in progress, last i tested it couldn't even get the resolution right.

suggest you file a bug, but desktop is not there priority, there's a reason they call it server img

I will file a bug, sucks though that the "solution" at Canonical is just to disable acceleration.

no there's acceleration, it's just not going to be "hardware" acceleration. software acceleration is more flexible so they say.
just google it, they did an article on why, i only briefly skimmed it cause ubuntu just no longer interests me.

.
Until now I only used Raspbian (Wheezy, Jessie, Stretch and Buster) Linux and RISC OS at different Pi B models.
Thanks for help.
Henri.

Have you tried actually using ZFS?

But I still get this error:

Any ideas? I thought ZFS was supposed to be working out-of-the-box.

I installed that kernel to solve the HW acceleration in OpenGL. That works fine with dtoverlay=vc4-fkms-v3d in usercfg.txt

That kernel is not yet in the official package list for Focal but the deb files can be downloaded and installed manually from http://ports.ubuntu.com/ubuntu-ports/po ... nux-raspi/
I just noticed that it was recently replaced by 5.4.0-1015-raspi